Nadi means “in search of” where an individual goes in search of his/ her destiny. Nadi astrology is an ancient form of astrology which was practised by Siddha saints/ Rishis where they had the yogic power to look into the past, present and future of the person who lived, living or to be lived in this Universe. The predictions were written on palm leaves in ancient Tamil in a poetic form which cannot be read easily and requires at most training to master the skill. There are expert Nadi astrologers who undergo training to decipher the poetic form of the script which is later explained in the Tamil language. All the predictions are pre-written and are just read by Nadi readers. 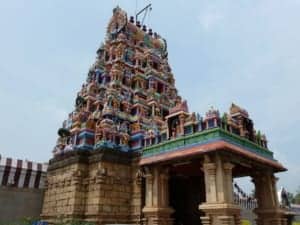 Nadi astrology can be traced back to thousands of years ago. There are millions of Nadi leaves for each person, and it is strongly believed that if only your karma permits, you will go in search to get your leaves. Though Nadi astrology had its origin in India, the palm leaves are not only written for Indians, but it is available for any nationals in spite of caste and creed.

The primary centre or the central library of Nadi astrology is in Vaitheeswaran Koil, near Chidambaram, Tamil Nadu, India. Here Lord Siva is the main deity who is believed to taken the role of a Doctor or Vaidhya, alleviating pains of his devotees.

It was during the British invasion, they had taken many Nadi leaves related to Philosophy, Medicine and Astrology. Since they were unable to decode the Astrology leaves, they auctioned it back to India. It was King Serfoji II who brought these leaves back and stored in Saraswathi Mahal, Tanjore, India. From there the leaves were made different copies since the life of the leaves are maximum up to 200 years. They use turmeric and oil to maintain the life of the leaf.

This was then given to a particular clan of people who are allowed to carry over their livelihood based on Nadi Astrology. As a surprising fact, the Nadi reader will not have his/her leaf written in any of the leaves as their destiny is permitted only to read the destiny of others. 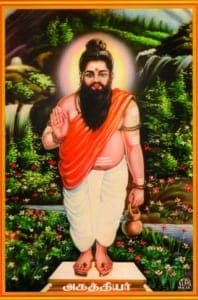 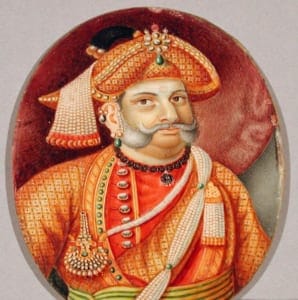 At AstroBhava, we serve to read the Nadi of the first Siddha Saint, Shri Agasthiya Muni.